The Hay Festival controversy picks up speed as protesters demand “Prime Minister’s intervention to refrain Bangla Academy from being the host of the Hay Festival on the academy premises, resignation of Bangla Academy director general Shamuzzaman Khan and bringing charges of anti-state activities.”

The following chronology is compiled from various blog and facebook posts.

1. Somewherein blog by Tokon Thakur on who are the corporate sponsors of Hay, why this English matbori, anointment of elites. He singles out “Kaziputro” (son of Kazi, a reference to author K. Anis Ahmed) and “Anamkonya” (daughter of Anam, a reference to Tahmima Anam). Kazi & Kazi Tea and Daily Star are two of the sponsors of Hay. K. Anis released Goodnight Mr Kissinger, right before Hay, and Tahmima Anam released The Good Muslim earlier this year.

2. Facebook post by Mahbub Morshed on how English language writing is an elite form and Hay is elite attempt to control culture. After Hay ends he posts a revised version on banglanews. 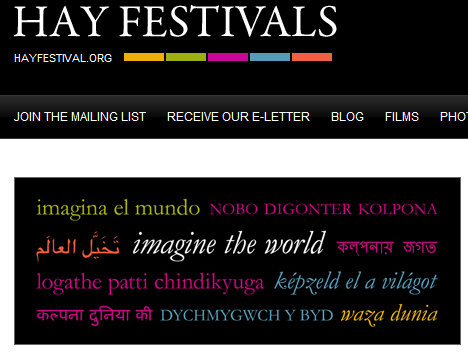 5. There is a debate about why Bangla Academy was allowing English language, Corporate power, etc. on exclusively Bangla ground. [By the way BA has been having corporate sponsors for events for years] There are complaints against the current Bangla Academy DG, allegedly led by a former contender for same job. 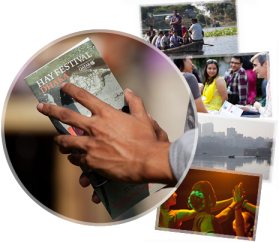 6. The controversy enters print media, after a manob bondhon outside Bangla Academy, demanding to close down festival.

7. There are other percolating issues such as Niaz Zaman’s acid, and vaguely homophobic, review of Hay-invited Philip Hensher’s 1971 novel. NA Facebook thread asks why Urdu language writers were invited to Bangla Academy. (there are multiple versions of the Hay catalogue floating around on cyberspace. I could not find Urdu writers in the version on FB).

8. New controversy over CHITTAGONG being in Hindi and screened at Bangla Academy. “Hindi colonialism” being a sensitive topic, more so in context of Bangla Academy. The screening is abruptly cancelled, Bedabrata Pain very upset.

9. A post from Reza Ghatak lists 6 allegations. They all seem a bit OTT to me.

The debate about authenticity of Bangla Academy reminds, in some ways (though obviously not the same scale), of the Musee Guimet controversy.