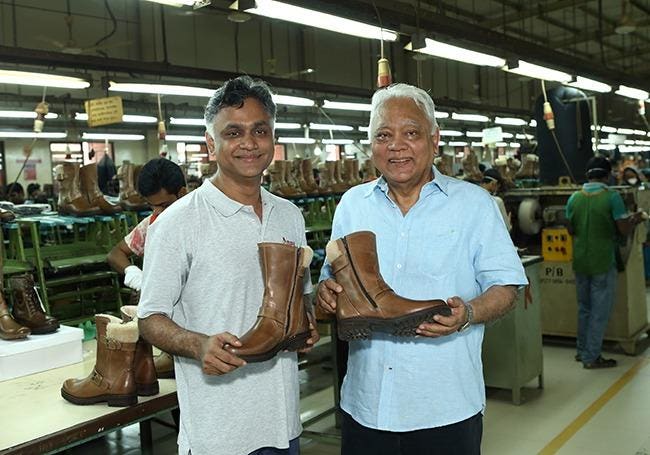 The second leading sector of Bangladesh’s exports is leather, footwear and leather goods. The largest markets for these products are Germany, Italy, France, Western Europe, USA and Japan. But under the influence of Covid-19, these countries are shaking . The shop is closed. Sales of big brands like Adidas, Nike and Clarks have closed. This puts Bangladesh’s second-largest export sector at risk.

Here are the steps most retailers and brands have taken in fear:

1. Purchase canceled. Many factories bought raw materials. Even the production of some products was completed. They were waiting to be shipped. Again some products were in the process of production. In this case the purchase was canceled.

2. Many have refused to pay the invoice in accordance with the agreement. Many have tried to reduce the price or extend the payment deadline. Even some famous brands have demanded a 20 percent discount after shipping the product. Wanted to increase the payment time from 25 days to 25 days.

3. Prohibitions for the production of goods came in March, which prohibited the suspension or shipping. There are no clear instructions on when to deliver these guaranteed purchases. There has been uncertainty as to whether the factories will work or not on the basis of these purchases. There are risks. But most buyers are not responding.

The factory owners of leather, shoes and leather products are at risk for the above mentioned reasons. If you do not sell where will cash flow come. If the money is not paid, how will the factories pay the workers, and how will they pay the suppliers or the concerned? On the other hand, like the garment sector, we do not have a back-to-back LC loan. We sometimes buy raw materials at the site LC. Sometimes we buy in cash and sometimes in advance money paid to Chinese suppliers. We have to pay these import dues on time. The initiative taken by the government to extend our repayment deadline will benefit us greatly.

A traditional shoe brand in the United States has already announced that they will not be able to pay any more for 2020. That means they will not pay for the products they have already taken, nor will they pay for the purchase orders. This means that factories have to raise money to buy raw materials. Meanwhile, another UK brand has canceled half of the purchases made from Bangladeshi factories.

This has put small factories in danger because they have no bargaining power. Brands can discard one factory and go to another. The situation is equally dangerous for large factories. They work again throughout the season, from April to September, during the long season. But all new samples made or purchase talks have been postponed or canceled. This means that the pipeline from April to September is empty. Italy’s famous shoe exhibition Expo Shoe Riva is held twice a year. Already the June exhibit has been canceled. At this exhibition, we would get a lot of purchases. There was no shortage of work from September to March of this year.

We have to acknowledge that the exporters of shoes and leather products in Bangladesh have not yet been able to negotiate strictly with the buyers. No one else can afford it, not even the garment sector. Despite being the second largest garment exporter in the world, the country’s garment sector is being sacrificed to international profits.

According to the estimates of 160 active export-oriented footwear and leather products factories, foreign buyers have canceled purchases of nearly 170 Crore by March 22. It could destroy the jobs of 18,200 workers.

In March, our Apex footwear exports declined by 51 percent. Purchase orders decreased by 40 percent. And future export revenue will be reduced by 46 percent or about two and a half crore dollars.

On the other hand, the Taiwanese company JV Export’s business in March has already fallen 35 percent. Until September, the purchase was down 8.1 crore. Of even greater concern is that from October to December, their 2 crore guaranteed purchase may be canceled.

Another Chinese JV export-oriented factory has already lost 50 percent business in March. A US company has canceled the purchase of two lakh pairs of shoes. On the other hand, a Japanese retailer can cancel 40 to 60 percent of purchases from April to July. It is estimated that the business will lose about 43 crore from this.

However, there are exceptions. Companies such as MK, Koch and Dykeman have confirmed to Bangladeshi factories that they will not cancel the purchase order, as the bargaining will do. It was also heard that Decathlon encouraged factories to stop the jump early in the crisis. They also want to share the harm it will cause. Presumably, they will give new time or some adjustments to the quantity shipments. Whatever it is, this is the real partnership. They are the heroes of our industry. But they are very small in number.

As we have seen, confirming the big and profitable brand only when it comes to public anonymity or criticism stays behind the cancellation of the purchase. The amount of purchases they cancel is hundreds of millions of dollars. A portion of this money is what our factories deserve. Suppliers, workers and employees – they could also get it. We have seen in newspaper or television news that the US retail sales sector has trimmed 100,000 workers. But there are health insurance benefits or unemployment allowances. These deprived workers of Bangladesh do not get anything.

In this case, Prime Minister’s leadership must be acknowledged. On March 25, she allocated five thousand crore for three months’ wages for export-oriented industrial workers. We sincerely appreciate the funding of this support. We are sure that his government will stand by the exporter of the country, along with the business community, so that in the fastest time we can stand on our own again.

We expect such compassionate behavior from these foreign brands and retailers. Needless to say, they have taught us about human rights, social welfare and responsibility for collecting goods over the years. But as we have seen, most of them are incompatible with words and deeds. Where the workers face, they are unwilling to pay. Sustainable Brands, Responsible Product Collection, Partnerships – How many of these talks have we heard about, but where are they now? The irony is, as we know from personal sources, these big brands are the first to trim the staff working on sustainable branding.

Now, how these foreign brands deal with the suppliers of products made in Bangladesh, the true identity of the brands will be found there. If they want to maintain their fairness in the future, they have to be fair now. Will they just save themselves, or even protect shareholders, staff and share prices? Or will it stand beside the factories that have worked for them for so long in different parts of the world, including Bangladeshi factories?

We are watching, the whole world is watching.