“It begins by asking whether “shuttering the economy for weeks or months and mass unemployment are reasonable costs to pay?” in return for “flattening the curve” of Covid-19 cases. In order to answer their own question, the authors have to first render both the costs and benefits of a lockdown into a comparable unit. The economic costs are measured in dollars, whereas the health benefits of a lockdown are measured in lives saved. So the question arises: how to compare these two quantities — lives and money — with each other? To do so, the authors deploy a widely used model in the economics literature called the Value of Statistical Life model. What VSL does, quite literally, is tell us the dollar value of human life in different contexts. It was used originally in more limited contexts to help policymakers with complex judgements in cases where a particular policy imposed an economic cost in return for a vague health benefit. One example might be setting air quality standards. But with the passage of time, the VSL model began to be used in contexts far more complicated and more pressing than any in the past. One example is climate change, where a number of economists from prestigious universities have used the model to argue that the benefits from the mitigation efforts to curb carbon emissions that scientists are calling for are not worth the economic costs that they will impose. Simply put, they argued that the likelihood of climate change turning out to be a catastrophic event was small, and making massive investments in foregone output today to avert an event that was probabilistically miniscule was not worth the cost.

The VSL at stake did not justify the massive investments required to curb greenhouse gas emissions to a two per cent increase by century end. This debate was sparked in 2006 when the Stern Review, put out by the eminent UK economist and public servant Nicholas Stern, argued that such an investment was now a matter of existential importance for mankind to make. Those who opposed him either took issue with his projections of the economic losses that climate change would impose, or invoked the VSL model to argue that the foregone economic output was larger than what was purportedly being saved. It took 16-year-old Greta Thunberg to cut through the Gordian technicalities into which the ensuing conversation fell. “People are suffering, people are dying, entire ecosystems are collapsing,” she exclaimed in her famous address to the UN in September 2019. “We are in the beginning of a mass extinction, and all you can talk about is money and fairy tales of eternal economic growth. How dare you!”

Today, the economists are back, armed with their VSL model, telling us that the dollar value of the lives saved as a result of the lockdown are worth less than the foregone output in developing countries, and they specifically mention Pakistan as one example. For the US, for example, they say 1.76 million lives will be saved through aggressive interventions, and put the total value of these lives at $7.9 trillion. This easily justifies a $2tr stimulus along with whatever economic losses result from a closure of the economy. It is worth asking, they argue, “whether similar mitigation and suppression strategies are equally valuable in low- and middle-income countries”. When they compute the VSL for countries like Pakistan and Nigeria, they find that the amount is so low that it makes little difference to have a suppression strategy. “In comparison to US losses, the dollar costs of uncontrolled Covid-19 in large countries such as Pakistan or Nigeria look miniscule.” So they’re basically telling us that we are investing precious foregone economic output to save lives that are not worth saving. Among the reasons why the Covid-19 loss is lower for a country like Pakistan is the “higher base VSL” in the US. They don’t give the dollar figure, but in a graphic they show that the “total VSL lost” for the US ranges from $25tr to just under $1tr depending on the severity of the suppression measures. For Pakistan, Bangladesh and Nigeria, their model shows the total VSL lost to be near zero across the range.“

Mushfiq Mobarak replies:
Richer people can afford to stay at home. Both this journalist and I can work from home, and even if not, we’re willing to sacrifice our economic livelihoods to avoid the risk of contracting COVID. Because even with pay-cuts, we can still easily put food on the table.

A poor day-wage laborer in Pakistan, in contrast, is willing to forego less of his economic livelihood, because staying at home in a shutdown means that his family may not have enough to eat. That difference explains why VSL is larger for the rich, who want the disease eliminated from their environment, than for the poor who must worry about their children going hungry. It’s a lives-lost vs lives-lost comparison in Sindh, not life vs money.

Immediately after #Nepal‘s #COVID lock-down, we re-interviewed a sample of rural individuals we had been following since last year. We learned that labor hours have fallen over 50%, even relative to limited work hours people manage to get during pre-harvest lean “hungry” seasons. 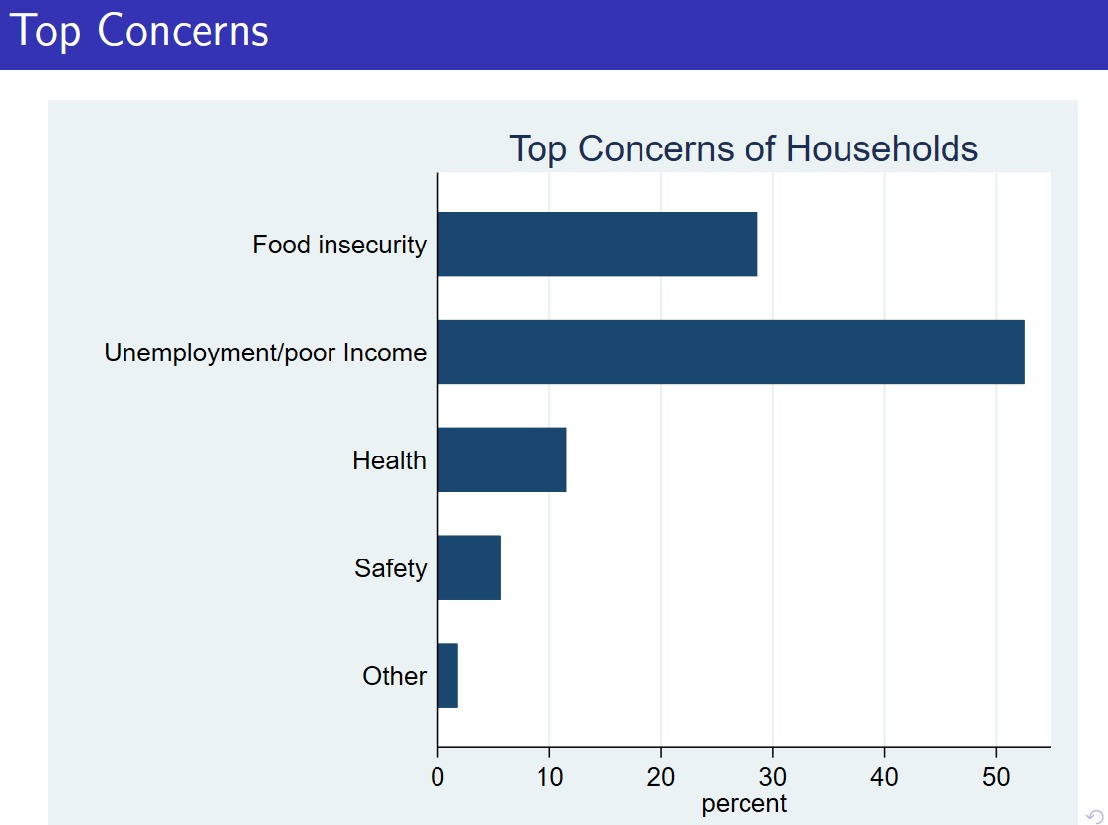 The combined Econ-Epi modeling is important. Need to model human behavior (and economic costs) along with virus behavior. Viewing epi & econ in isolation is erroneous and will cost lives and $ that LMICs don’t have.

Instead of false dichotomies over lockdowns or not let’s implement the solutions we highlight (http://yrise.yale.edu/covid-19) that will save lives. Send economic relief to the poor quickly. Ban religious and social gatherings. Universal mask adoption.

The question is not about what lives are worth, but how we can we save the most. In rich countries, incomes can fall a lot before people face subsistence risk. In poor countries, same policies inflict more pain on the poor.