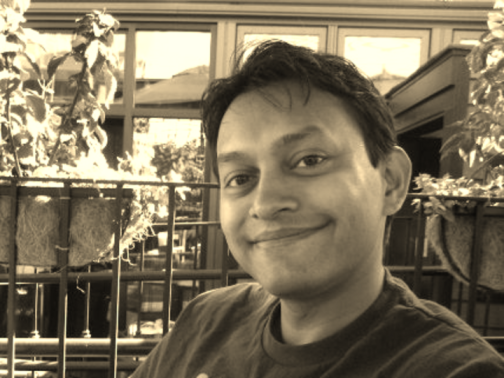 Had he lived, my friend and ally Jalal Alamgir would have been 43 today.  Instead of mourning in his tragic and untimely death, let us celebrate his life, and vow to continue his work for a progressive, democratic Bangladesh.

Over the fold is an article I wrote for an Open Democracy special commemorating Jalal.  My former colleague Tazreena Sajjad also contributed to the collection.  I agree with her completely:

I got to know Jalal in 2007, when, largely in response to the military takeover of the government amidst growing political unrest, a platform was created through which expatriates in the field of academia, policy analysis, media, or those who had a genuine interest in Bangladesh, could provide immediate and effective analyses of political developments on the ground.

Over the next few years, through the forum, Jalal and I seized several opportunities to work together, and in the process, developed a friendship based on trust, respect and appreciation for each other’s professional interests.  I recognized in Jalal the promise of an intellectual tour de force, who would, in the course of his lifetime, make critical contributions to the study of Bangladesh, and the politics of South Asia.

* Why Jalal was specialby Ananya Vajpeyi, Visiting Fellow, centre for the Study of Developing Societies, Delhi, and friend, here dedicating to his memory the April edition of Seminar.

* Jalal, and democracy at home and abroadby Jyoti Rahman, co-blogger and friend

Jalal, and democracy at home and abroad

by Jyoti Rahman, co-blogger and friend

In a globalised, digitised world, ‘meeting’ is often not a physical act.  I ‘virtually met’ Jalal in 2007 – a time of not only greater-than-usual turmoil in Bangladesh’s turbulent politics, but also one where Jalal faced tremendous personal adversity.

Towards the end of 2006, Bangladesh experienced a political gridlock over the elections scheduled for January 2007.  A military putsch ensued.  But instead of resolving the political crisis by quickly holding a free and fair election, the army-installed regime embarked on a drive to ‘clean up politics’.  The generals preferred to remain behind the scene – so much so that the Economistmagazine titled its report of the military intervention of 11 January 2007 ‘the coup that dare not speak its name‘.  But the actions of the ‘technocratic’ regime installed by the army – emergency decrees gagging the media and restricting assembly, arrest of politicians on a supposed anti-corruption drive, talks of a national security council – were redolent of many a military coup.  Observing the events unfold in Bangladesh of early 2007, anyone familiar with the trajectory of military interventions in Asia-Africa-the Americas of the past half century would have felt apprehensive about the prospect of a generals’ election instead of a general one.

Such was the circumstance when I ‘met’ Jalal in a fledgling Bangladeshi blogosphere.  I soon came to know that the national political drama was also a very personal one for him.  One of those arrested in a so-called corruption case was Dr MK Alamgir, a former minister, and Jalal’s father.  Indeed, the regime filed cases against Jalal and his brother, though neither had lived in Bangladesh for many years.

The personal angle notwithstanding, Jalal approached the political crisis in a methodical manner.  Since the first democratic election of February 1991, Bangladesh had seen a repeated cycle of political violence and gridlock.  While the country had three elections that were free and fair by the developing world standard, the losing side had rejected the result each time.  By about halfway through every term, the opposition had started street agitations demanding immediate elections, with ‘appropriate safeguards’.  Meanwhile, each government had seemed to take every possible measure to rig the election system in its favour, reinforcing the opposition’s fears in the process.

Without condoning the creeping military rule in any way, Jalal understood that what happened in 2006-07 reflected systemic problems in Bangladesh’s nascent democratic institutions.  In formal and informal writing, he explored the causes of this vicious cycle, and how it could be overcome.  A number of online discussions on the topic Jalal and I were involved in at that time were picked up in this article.

Fortunately, the latest military intervention in Bangladesh didn’t produce a prolonged period of undemocratic rule.  Free and fair elections were held in December 2008.  They were won by the Awami League, the party to which Dr Alamgir Senior belongs, and the one that Jalal supported in general.  In general, but not in every particular.  Jalal felt strongly about the practice of extrajudicial killing, which the Awami League government has continued in violation of its electoral commitment.  Jalal wrote about it very early in the government’s term.  He wanted to write about it again, in Bangla.

Jalal wanted to contribute to an indigenous political discourse in Bangladesh around progressive ideas.  Since 2009, we had been discussing, debating the need and viability of such a discourse.  On the one hand, writing in English is necessary because it is the language of academia in so many disciplines.  But how will an indigenous discourse ever develop if the best and the brightest do not engage in Bangla?  And without an indigenous discourse, will ideas such as human rights, feminism, environmentalism or inclusive development ever garner popular acceptance?  And yet, the mechanisms of developing an indigenous discourse are not, at all, clear cut.

Difficult questions, no doubt.  Jalal had ideas.  He had moved to Dhaka on a sabbatical to test these ideas.  Sadly, that test remains unfinished.

While Jalal had returned to Bangladesh, he was very much in tune with what was happening in the west.  As late as the fall of 2011, we had been discussing multiculturalism and social democracy in either side of the Atlantic and beyond.  What did the great recession mean for migration?  What did the presence of a large pool of migrants mean for western democracies?  Again, difficult questions, with no easy answers.  We were engaged in a conversation about these issues.  Sadly, that conversation too will remain unfinished.

And yet, Jalal’s ideas, and beliefs, are still with us.  It is up to us, his friends and comrades, to pick up where he left of.  While much work remains, Jalal will remain with us through such work.